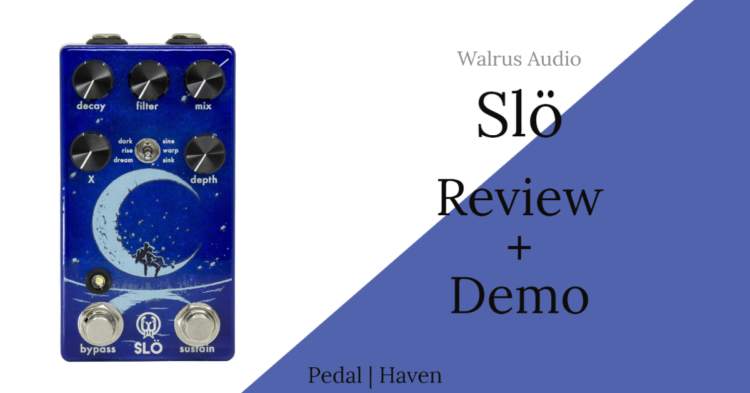 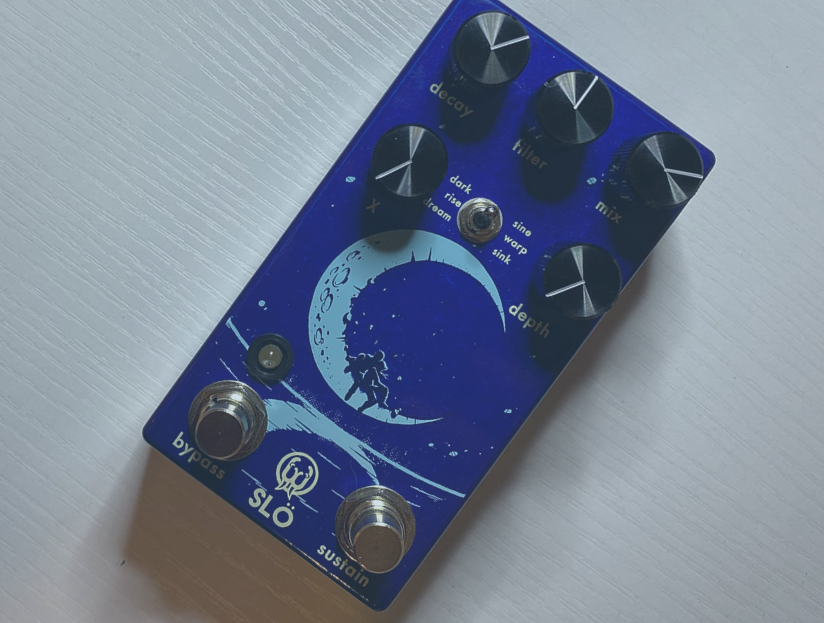 The Slö from Walrus Audio is a multi-texture reverb pedal that is marketed toward players looking to create ambient sounds – and it is an incredible pedal for doing just that. But while the Slö certainly does cater more towards players who dabble in the ambient music realm, it’s actually an extremely versatile reverb pedal.

The Slö is an ambient reverb pedal that features three different reverb algorithms entirely unique from one another, onboard modulation, and a whole host of knobs to dial in your preferred reverb sound.

Not only was the Slö one of the most popular reverb pedals of 2021, but it has made its way into my own personal all-time-favorite reverb pedal list.

I first picked up the Slö during a Black Friday sale a couple of years ago, and it has lived on my pedalboard ever since. It works well in a variety of uses, whether you are using it to add some ambient space to a clean guitar sound or creating massive, wall-of-sound tones with loads of distortion or fuzz in front of it. While the Slö is certainly part of the ambient reverb family, you can dial it back quite a bit to get a more subtle reverb sound – In short, it is a fantastic reverb pedal choice for just about anybody.

WHERE TO BUY THE SLÖ

You can watch the demo I made for the Slö here to hear it in action.

About the Slö from Walrus Audio

Rise – Creates an auto-swell effect with the reverb. Perfect for playing long, drawn-out chords and sounds.

Let’s dive into how to use Slö’s controls. 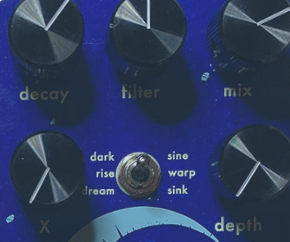 Decay – The Decay knob sets the length of the reverb tail.

Filter – The Filter knob adjusts the tone of the reverb tail (This is very useful for making sure your reverb sound fits well within the mix).

Mix – Adjusts the level of the reverb sound against your clean tone.

Toggle Switch – The toggle switch has two functions. Its main function is to choose between the three reverb modes. But on the right side, you’ll see “Sine”, “Warp”, and “Sink” – which are different modulation waveshapes that you can choose between.

To change the modulation waveshapes, you have to hold down the Bypass footswitch and flick the toggle to your desired waveshape.

Depth – Adjusts the onboard modulation. Turn it up to turn up the intensity of the modulation. You can also adjust the modulation rate with this knob by holding down the bypass footswitch and adjusting the knob.

X – The X knob has different functions depending on what reverb mode you are using.

Bypass Footswitch – The Bypass footswitch turns the effect on or off. It can also be used momentarily, meaning when the pedal is off you can press and hold the bypass footswitch for a quick burst of reverb.

This footswitch is also used to access the secondary functions of the Depth knob and toggle switch mentioned above.

Overall, I would rate the Slö a 10 out of 10. I love this pedal. As I mentioned above, it has become my all-time favorite reverb pedal and has been a staple on my board since I first got it a few years ago. It is the perfect mix between what some would call a “normal” reverb pedal and an ambient soundscape-creating machine.