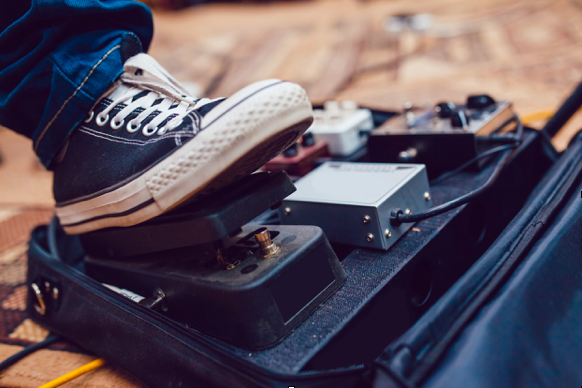 If you’re looking to expand your sonic palette, or perhaps just want to give your new album a musical texture that sounds amazing, there are few better ways to do so than by running a favorite instrument through an effects pedal. From Stevie Wonder and Miles Davis to Aphex Twin and Radiohead, musicians have achieved great results in sonic experimentation simply by exploring unorthodox instrument-pedal combinations. Here are just a few instruments that are tried and true winners when it comes to the use of pedals. 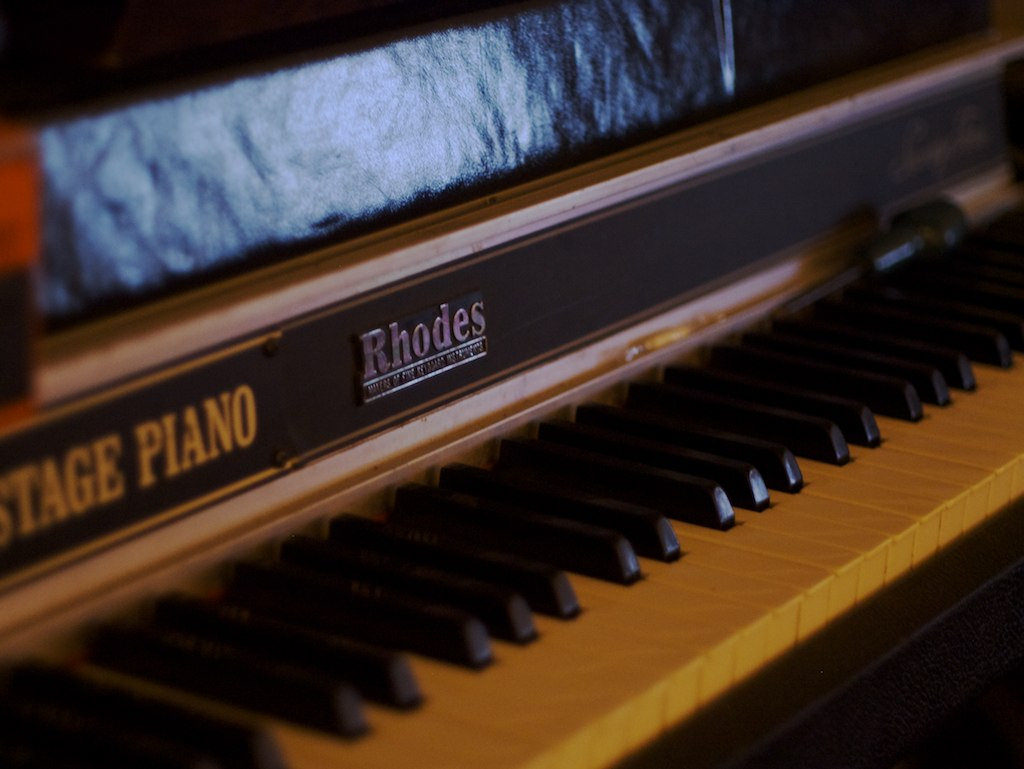 For a while in the 1970s, it seemed like every band worth its salt needed to have a Fender Rhodes electric piano in its arsenal of sounds. With its distinctive warm tone, the Rhodes piano had the added bonus of sounding great when run through guitar pedals. A bit of distortion or echo could give the instrument a very “big” and psychedelic sound, for example, and bands such as Radiohead still use the instrument to add layers of warmth to their tracks. (That’s a Rhodes run through a delay pedal that you hear on Radiohead’s “Subterranean Homesick Alien” from their album “OK Computer,” just in case you were wondering!) While they aren’t cheap, a Rhodes is still a valued item in any band’s instrument collection. (If you’re looking for the warmth of a Rhodes but don’t want to pay through the nose for a vintage one, you might also try looking for a Wurlitzer 200A electric piano, or a Nord Electro, which have Rhodes-quality sound without the cost. Other famous users include Supertramp, Ray Charles, Elliott Smith, and The Zombies.)

If you don’t actually have a piano on hand, you could always use an Electro Harmonix Key 9 to get some nice piano sounds from your guitar! 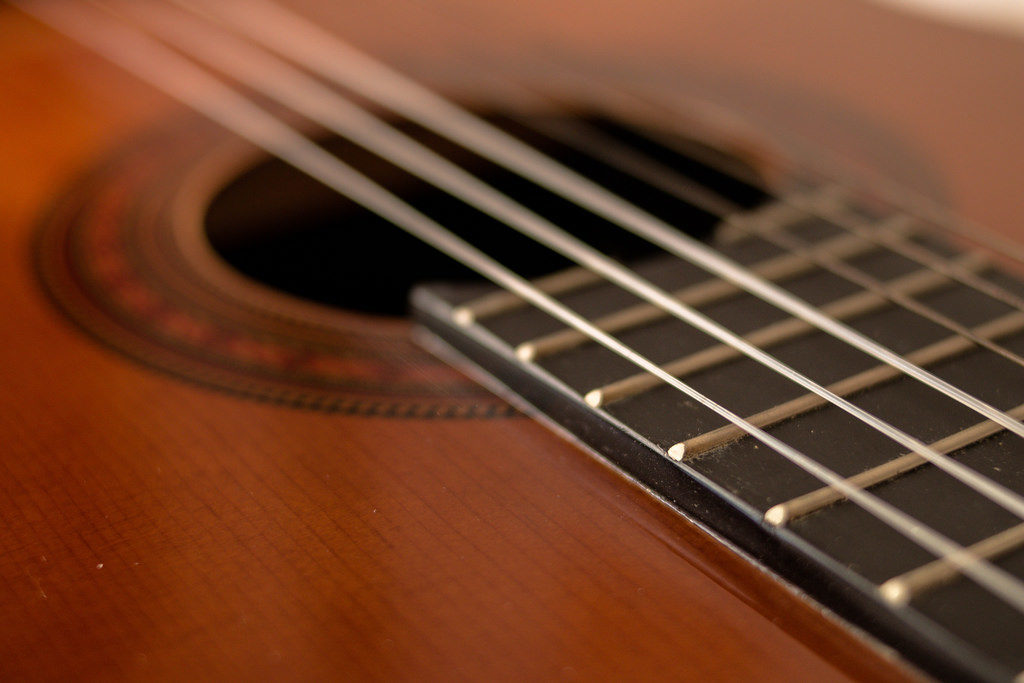 In the 1970s, running unorthodox instruments through guitar pedals was just one way that top-level musicians experimented with the development of new and previously unheard sounds. Legendary UK guitarist and songwriter John Martyn was known for putting a pick-up into his Martin D28 acoustic guitar and then running the pick-up through an Echoplex delay (later favorite of Eddie Van Halen) and Fender amp, thereby creating gorgeous layering effects in his music. By doing so, Martyn went on to influence musicians such as U2’s The Edge, who emulated the “slap-back” effect Martyn was known for on albums such as “The Joshua Tree.”

Indeed, one way to learn from the greats is simply to ask an experienced teacher about how different artists learned from and emulated one another in order to achieve their signature sounds. A good school providing music lessons is often a great resource to learn about new and surprising sound combinations and how to use them, for example, since many music teachers are often well versed in the history of music. 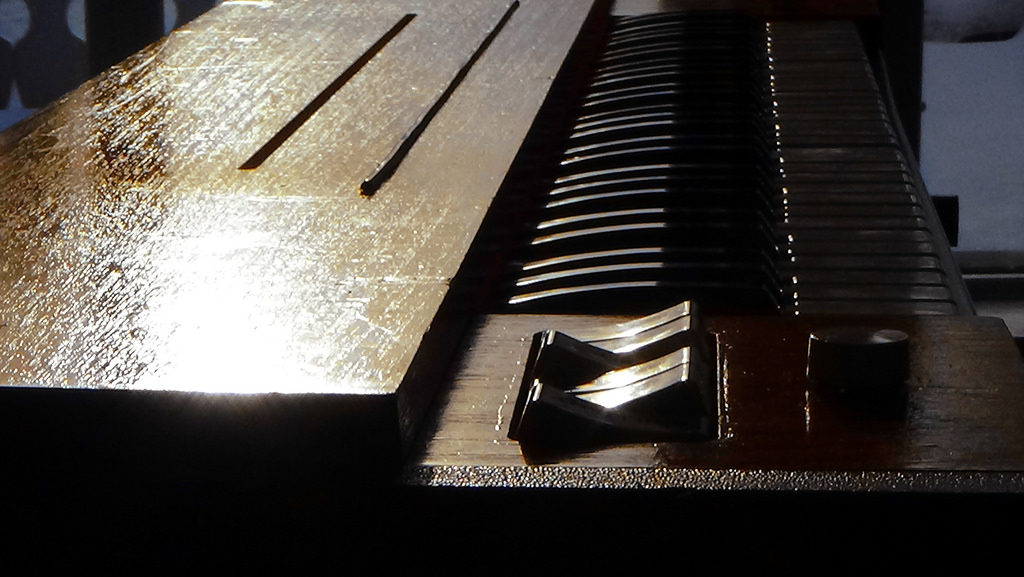 Using Guitar Pedals on a Clavinet

Fans of 1970s-era Stevie Wonder might remember songs like “Superstition” and “Higher Ground,” in which Wonder ran an electric Hohner clavinet through a wah-wah pedal to achieve a very funky sound indeed. The distinctive tone that Wonder was able to create with this combination was used extensively by other musicians during this period as well. Some of the same companies that produced wah-wah pedals in Wonder’s day are still in the game, in fact, with Electro-Harmonix experiencing a major resurgence among fans who love their highly-saturated and warm sound. Perhaps the most legendary wah pedal in history is the Dunlop Cry Baby, which was used by everyone from Jimi Hendrix to Eddie Van Halen to Kirk Hammett among countless others. 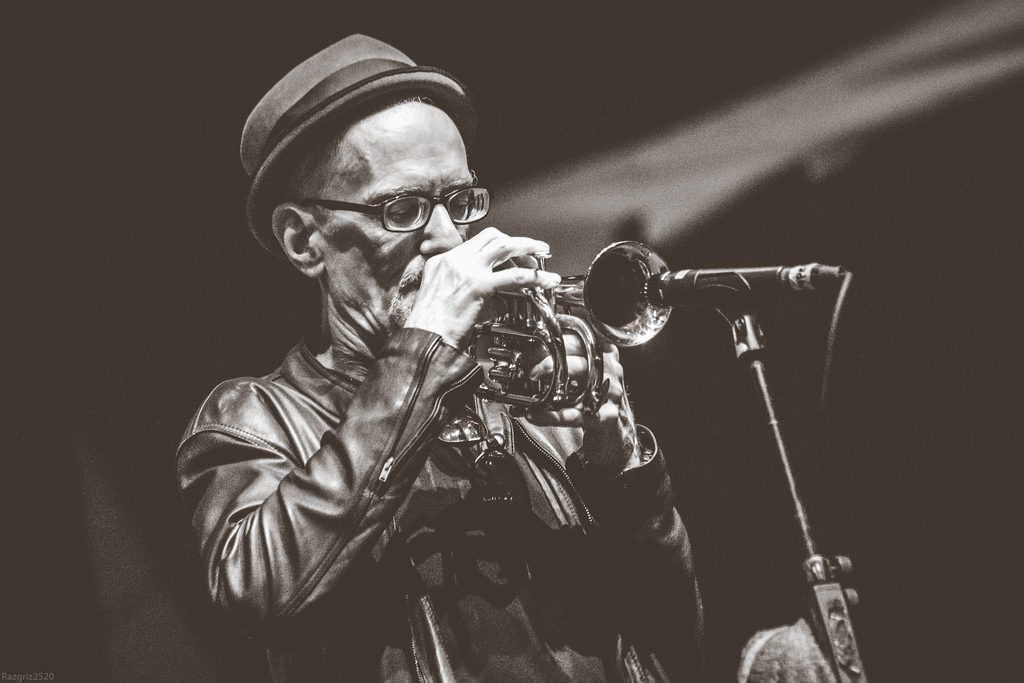 Using Guitar Pedals on a Trumpet

To achieve a 1970s-era Miles Davis sound, you might want to try running a trumpet through a wah pedal, like the Dunlop Cry Baby. After pushing the “jazz fusion” sound forward with his 1969 album “In a Silent Way,” Davis had successfully “fused” rock and jazz into a new form of music as the 1970s took hold. Davis became a big proponent of the wah pedal during these years, and taking his cues from artists such as Jimi Hendrix, he began running his trumpet through pedals normally associated with guitarists. Needless to say, jazz has not been the same since, and Davis’s introduction of guitar-based effects to a formerly acoustic-based music form is still revered among jazz fans. 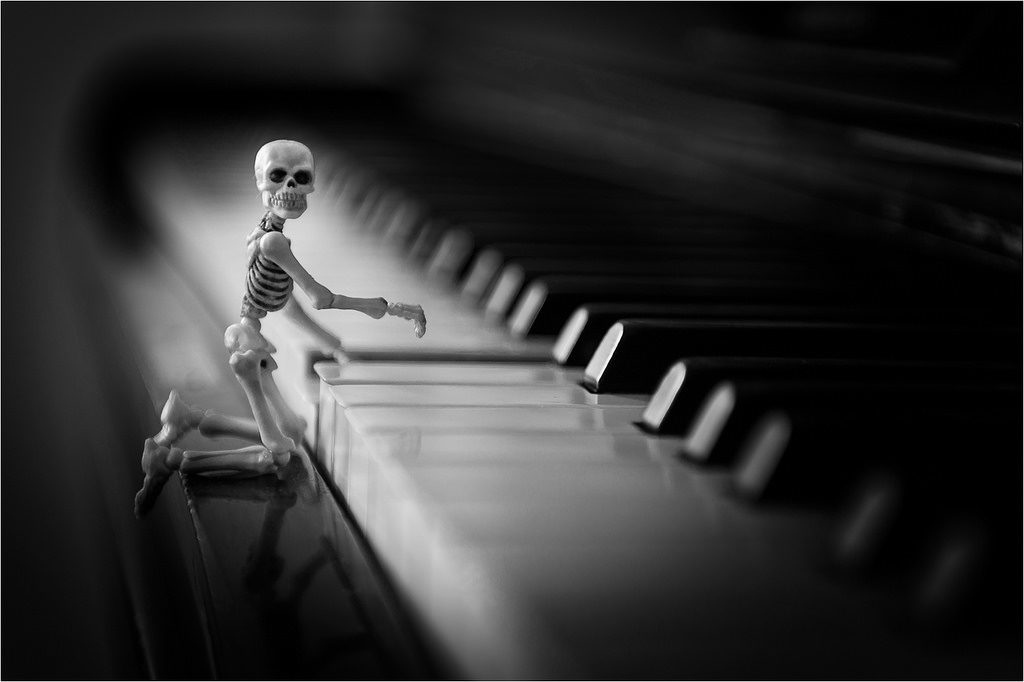 Using Guitar Pedals on a Piano

It all goes back to the 1970s. If you were a classical music fan during that period, you were either intrigued or repulsed by the new minimalistic style that was developed by composers such as Philip Glass and Steve Reich in downtown New York lofts. Glass and Reich were purposefully rejecting the academic classical music that was arguably stagnating in “uptown” New York circles that centered around Juilliard’s 20th Century European (i.e., atonal) approach to classical music, and incorporating sounds normally associated with rock music was the order of the day for the rebels who rejected uptown pretensions. Reich, in particular, was known for his interest in the musical possibilities of delay, and running acoustic piano sounds through tape delay allowed him to create dense and moving blocks of sound that still rankle the old guard to this day. 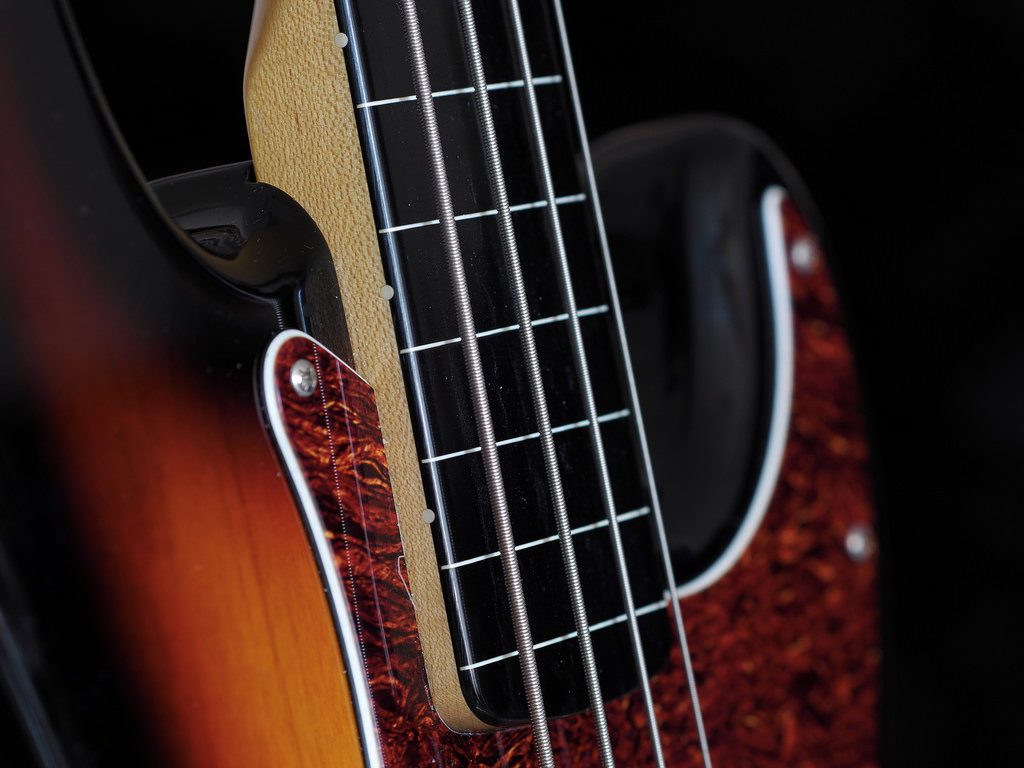 Metallica diehards are usually separated into two camps, with one ideological strain of fan favoring the period in which James Hetfield and the gang produced albums such as “Ride the Lightning” and “Master of Puppets,” to wit, the period when Cliff Burton was the band’s bassist; and one set of fans favoring the sleeker sounds that emerged after Jason Newstead was hired on to play bass for the group. It’s easy to see why some fans might favor early Metallica, as the band had a much rougher, unpolished sound, likely due in large part to Burton’s influence.

Burton was something of an instrumentalist in the mold of Jimi Hendrix when it came to his bass playing, and his use of effects pedals was no exception. Burton is known to have used a Morley Wah pedal and a Boss Compression-Sustainer in his set-up, and his legendary bass solos, which utilized these pedals, are a testament to his unorthodox approach to bass guitar pyrotechnics. Burton is also reputed to have used an Electro-Harmonix Big Muff to achieve his huge, distorted sound. (More recent acolytes of the Big Muff include Dinosaur Jr’s J Mascis and Billy Corgan of The Smashing Pumpkins, who both used the mighty Big Muff to define their bands’ sounds for decades.) 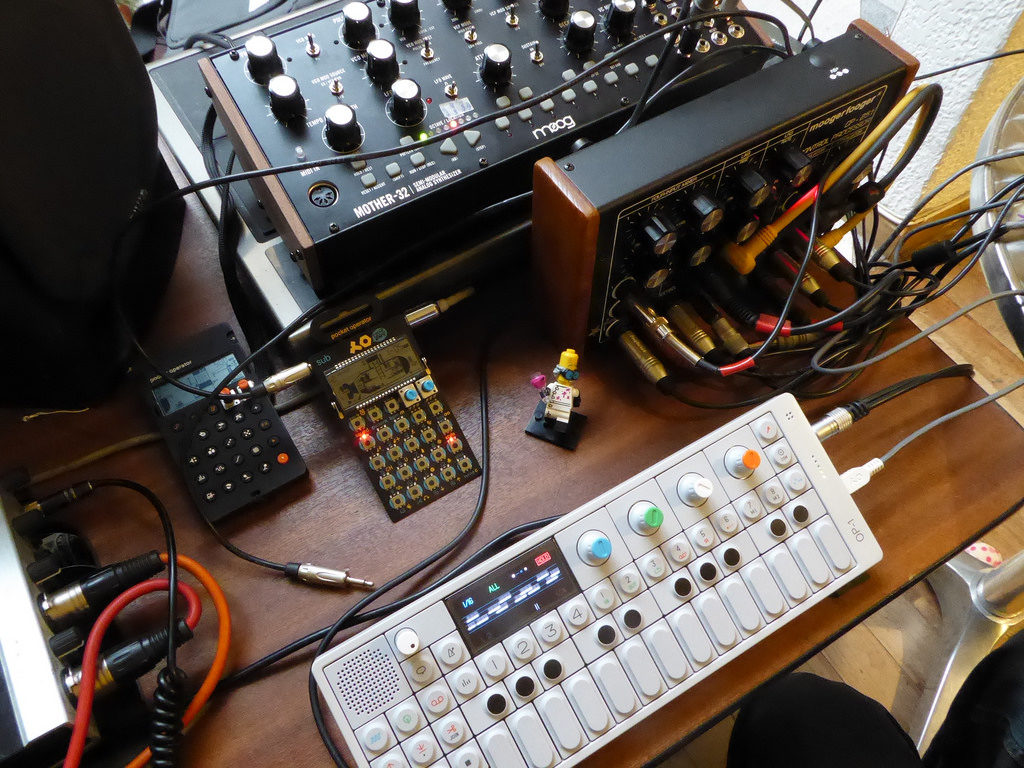 Using Guitar Pedals on a Synthesizer

With the resurgence of the use of guitar pedals in recent years, it’s easy to forget that electronic musicians have long-held effects pedals in high esteem also. On his recent “Syro” album, the mysterious electronic artist known as Aphex Twin (the performing name of Cornwall, UK’s Richard D. James) listed several guitar pedals on his gear list for the record, including the Boss CE-1 Chorus Ensemble and Fulltone Tube Tape Echo. Like Jeff Buckley, Aphex Twin is also known to have favored the Alesis Quadraverb to achieve a dense, full sound. (Where Buckley tended to run his Fender Telecaster through the Quadraverb to create cathedral-like reverb effects, Aphex Twin tended to run synthesizers such as the Yamaha DX100 and Korg MS20 into the effects device on his “Selected Ambient Works” albums.) Remember, electronic artists don’t have to settle for less simply because they don’t play guitars!

With these ideas in mind, remember that many of your favorite musicians probably came across their revolutionary sounds simply by wondering what an instrument other than a guitar might sound like when run through an effects rig ostensibly built for a guitar. With a bit of experimentation and an ear for new sounds, you might happen upon your own signature tone. But emulating the greats doesn’t hurt either!