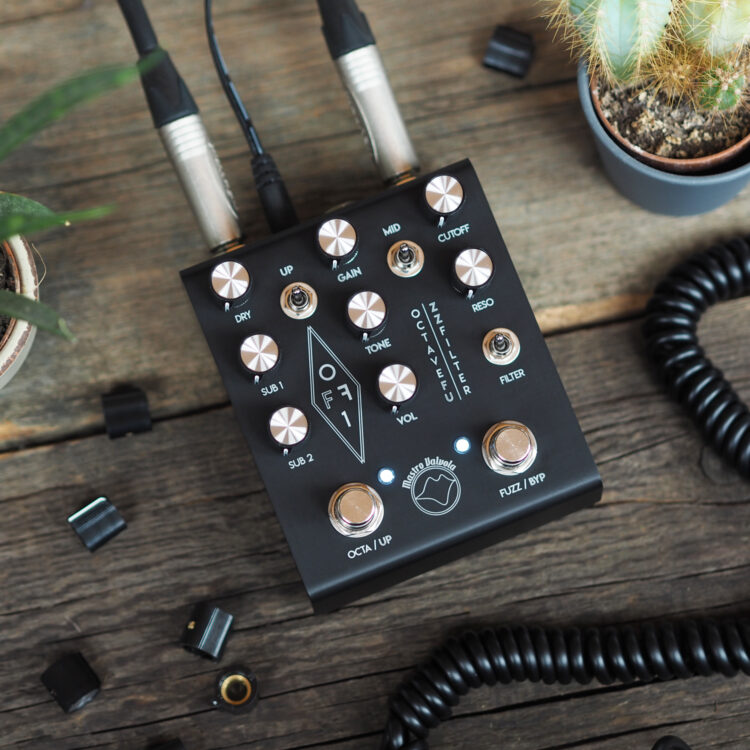 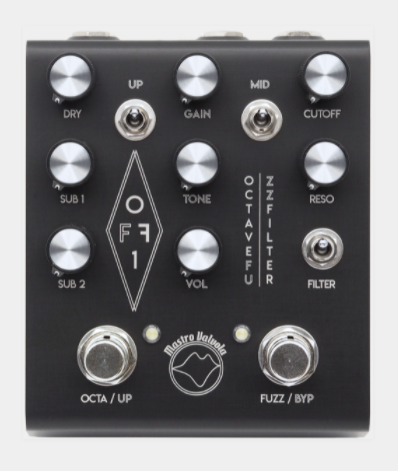 The Octave and Fuzz circuits can be used individually or combined to create wild and experimental synth-like sounds.

When using OFF1, your instrument’s signal is first met by the octave circuit. After that, your signal runs through the fuzz and ladder filter circuits.

Here is a bit more information about the three different circuits inside of Mastro Valvola’s OFF1:

The Octave Circuit in OFF1 adds two different sub octaves (-1 octave and -2 octaves) underneath your original sound. The pedal features a Dry control to dial in how much of the octave sounds you want to be mixed into your original sound, and each octave has its own volume control for maximum customization.

The Ladder Filter Circuit of the OFF1 is similar to those of the most legendary synths, with controls over the filter’s resonance and cutoff. You can also use an external expression pedal or CV source to sweep the filter’s cutoff.

For more details, sound demos, or to order – head over to the Mastro Valvola website.