The FVD is a RAT-inspired distortion pedal created by the great minds over at Lake Effects.

With the FVD, Lake Effects has taken everything that you know and love about a RAT pedal and added a few new features and tweaks to make their version a much more versatile distortion pedal. Then they packed it all into a clean, minimalistic enclosure. 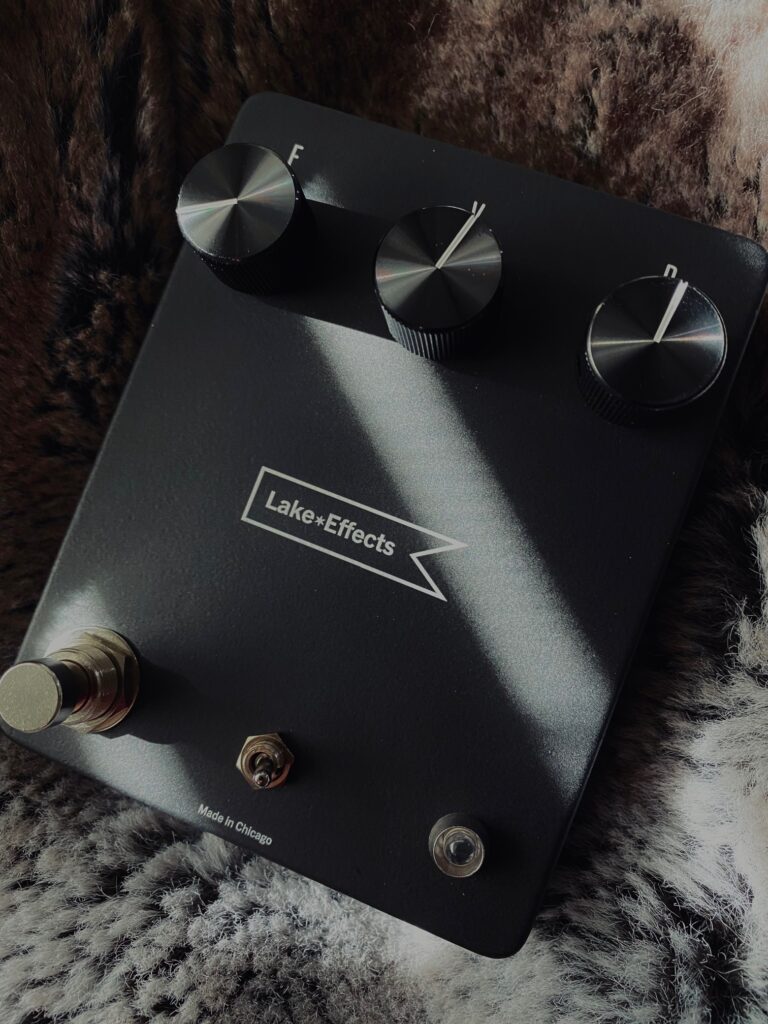 What is the Lake Effects FVD?

The FVD is more than just a RAT clone. I would call the FVD a low-to-mid gain distortion pedal. That is not to say that the FVD doesn’t offer a large amount of gain, because it absolutely does, I just think this pedal really shines in a low-to-mid gain setting.

Here’s a demo of the Lake Effects FVD so you can get a feel for what it sounds like:

As you can hear, the FVD does a great job of covering just about any sound you would need from a dirt pedal on your pedalboard.

The Features of the FVD from Lake Effects

The Clipping Toggle Switch – The toggle switch on the front of the pedal gives you the option to switch between silicon and germanium diode clipping. Either of these clipping modes sounds great in their own ways, and the option to change between them is an absolute game-changer.

I will say, I don’t LOVE where the toggle switch is placed. I always feel like I’m going to step on it when turning the pedal on and off, but I’ve had it on my board for a few months now and have never had any issues with it. I don’t think this is a design flaw at all, I think it is just me being paranoid.

Towards the top of the FVD we have three knobs labeled F (filter), V (volume), and D (drive). While these are pretty self-explanatory, let’s go over them.

The “F” Knob – The F (filter) knob works similarly to how a tone knob would work – but reversed. Turning the F knob to the left produces a brighter tone, and that brightness is slowly filtered off as you turn the knob to the right.

The “V” Knob – The V (volume) knob adjusts the output volume of the pedal.

There is not much else you need to know about it, but it does come in handy when switching between silicon and germanium clipping since there are volume differences between the two options.

The “D” Knob – The D (Drive) knob adjusts the amount of distortion. This knob spans the entire gain spectrum. Turning the knob to the left turns the FVD into a light overdrive pedal, which just adds a tiny bit of grit to your sound. And turning the knob fully to the right gives you a full-on, almost fuzz-like distortion.

Overall, I love this pedal. I think Lake Effects have done a great job of putting their own spin on a well-loved circuit. And as someone who loves minimalistic design, it is maybe my favorite-looking pedal in my collection. The FVD is capable of producing sounds ranging from a crisp, low-gain boost to a full-blown, fuzzed-out, shoegaze-style distortion – and everything in between. And because of this wide range of gain options, I’ve found that the FVD works quite well when stacked with other dirt pedals. On my pedalboard, I’ve been using it to push the Tone Electronix Animalizzer fuzz, which sounds massive. 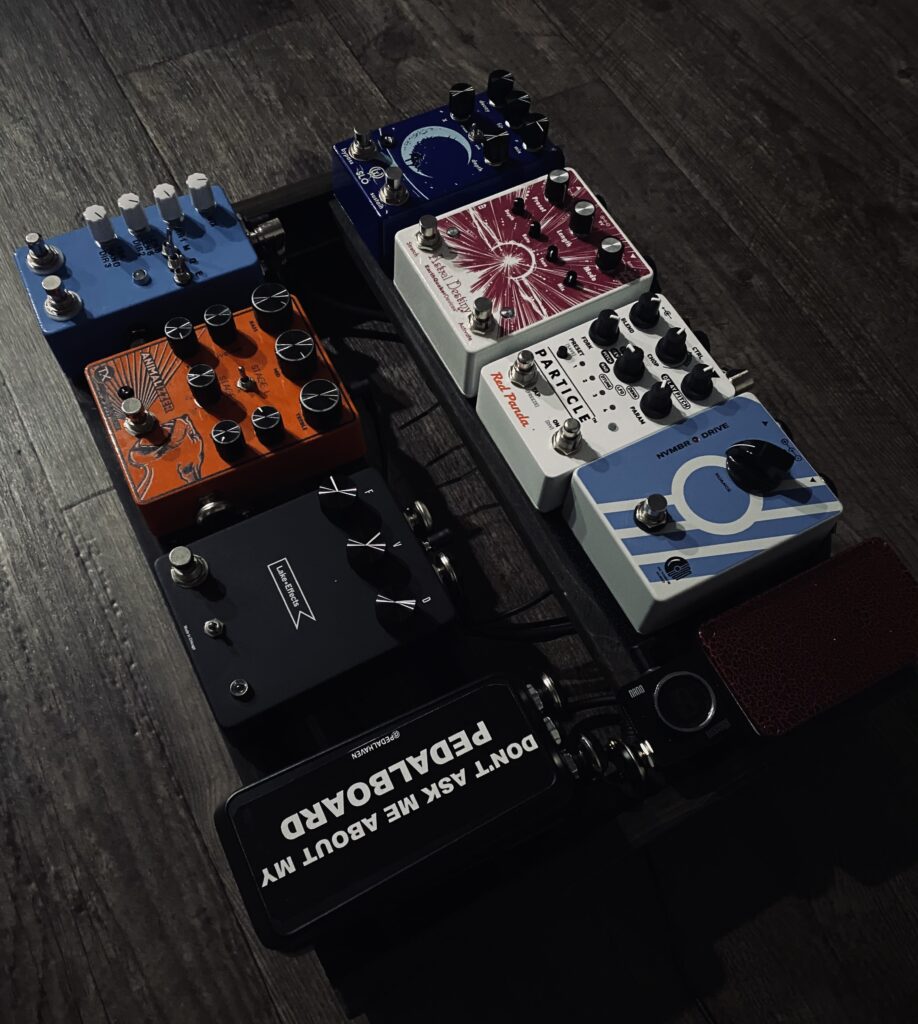 The FVD is absolutely a pedal you should check out and consider buying if you’re in the market for a nice overdrive or distortion pedal. If you’re interested in learning more about the FVD from Lake Effects, you can check out their website here.