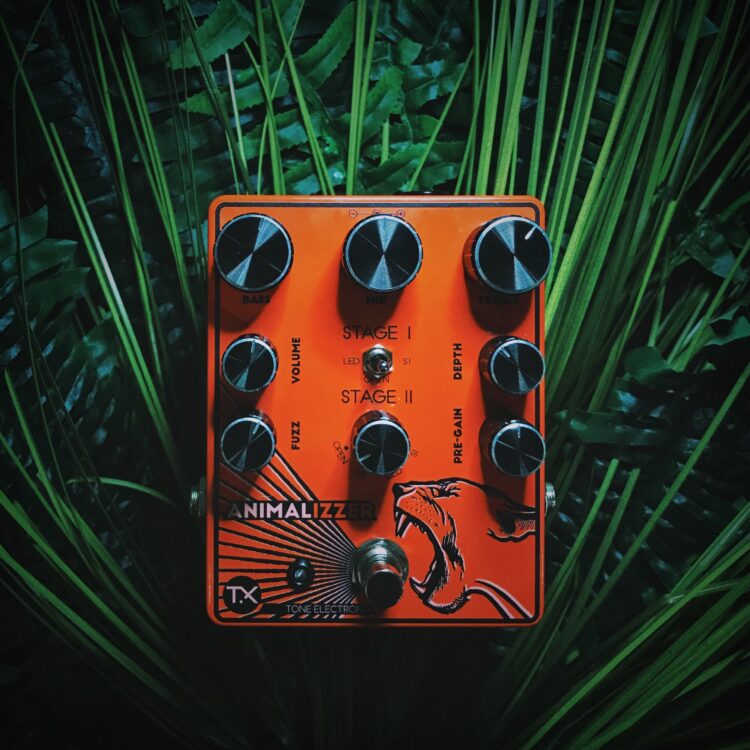 Inspired by the Big Muff Pi, the Portugal-based, family-run boutique pedal brand TONE.ELECTRONIX has taken a classic idea and turned it on its head with their debut pedal, The Animalizzer.

And while there is absolutely no shortage of fuzz pedals on the market, The Animalizzer is one that should definitely be on your radar.

So What is the Animalizzer?

Before we answer that question, think about everything you might dislike about a standard Big Muff pedal. The scooped mid sound? Not enough tone-shaping options?

The Animalizzer is the answer to these woes.

Not only do these features make the Animalizzer a killer fuzz pedal, but they also make the pedal more than capable of producing screaming distortion tones, less aggressive overdrive sounds, and can simply act as a boost pedal as well. It truly is The Swiss Army Knife of dirt pedals.

The Features of The Animalizzer

The Animalizzer has a massive amount of knobs and switches on the front panel, which can be quite intimidating at first. However, its actually incredibly intuitive once you start tinkering with it, and TONE.ELECTRONIX has a comprehensive guide on their website about how the pedal works. So check that out if you’re into a more technical explanation.

Like many pedals, you have your standard “Volume”, “Bass”, “Mids”, and “Treble” EQ controls. But the Animalizzer becomes an entirely different… animal (sorry) when you start playing with the “pre-gain”, “fuzz” and “depth” knobs while flipping through options within the two different clipping stages. So let’s talk about those. 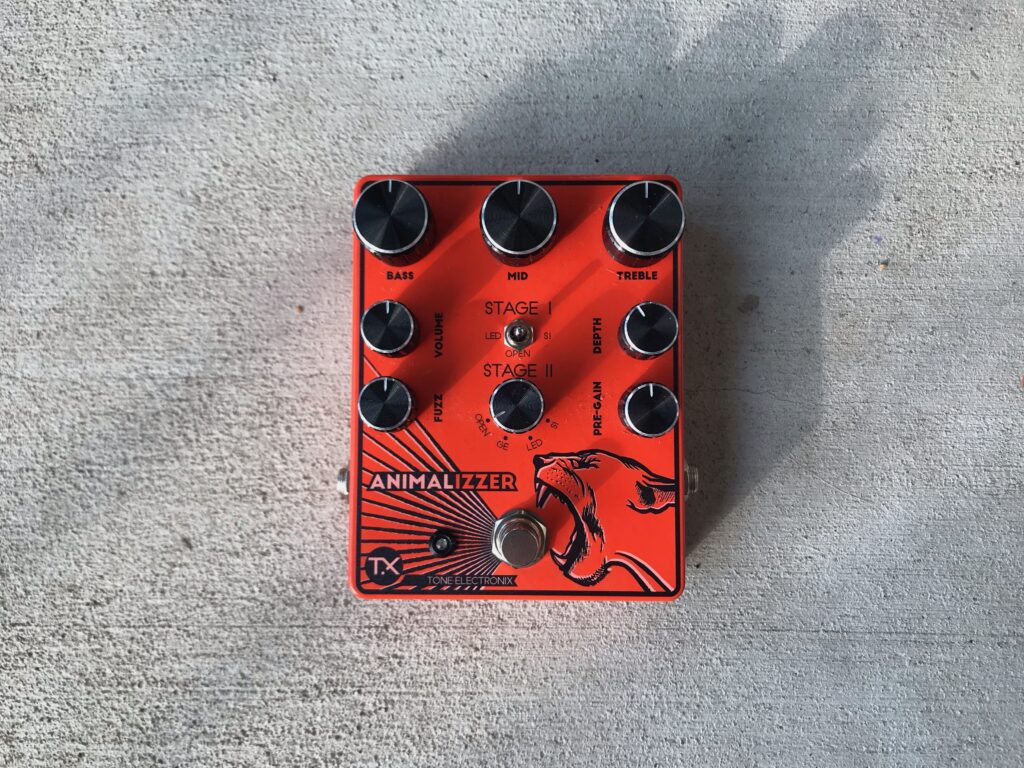 Pre-Gain: This knob controls how much your guitar signal is boosted before it hits the clipping stages of the pedal. This feature alone is one of my favorite parts of the pedal. Turning it up when the ‘Fuzz’ control is turned up makes the Animalizzer turn into an absolutely screaming fuzz pedal.

Depth: Allows you to decide how much low end is pushed into the clipping section of the pedal. All the way down produces more distortion-like tones, whereas turning it up allows more low-end to pass through the pedal – providing a more fuzz-like tone. I like setting it somewhere between 9 and 12 o’clock, because it allows the pedal to be fuzzy, without getting overly muddy in the low end.

Fuzz: This knob lets you dial in how much of your boosted signal passes onto the clipping stages in the pedal. As you may guess, turning it up = more gain. However, I really like how this is implemented alongside the pre-gain stage mentioned above – having control over both the ‘gain’ and ‘pre-gain’ stages in the pedal allows you to sweep between a lot of different distortion and fuzz tones.

Clipping Stage 1: The first clipping stage in the Animalizzer has three options: LED, OPEN, and SI (symmetrical silicon diodes). The LED and OPEN settings both allow for a bit more low-end response when you’ve cranked up the pre-gain and fuzz controls.

Clipping Stage 2: Stage 2 is a bit more interesting because it drastically changes the character of this pedal. Stage 2 features a rotary switch with four clipping options: OPEN, Germanium Diodes, LED, and Silicon Diodes (say goodbye to your silicon vs. germanium worries). Each of these options is great in their own ways. Of course, we all love germanium-based fuzz pedals, but I’ve found that the LED clipping in stage 2 offers some really interesting fuzz tones as well. You really get the best of four worlds here.

My favorite clipping settings on the Animalizzer is setting both options to the “Open” position, with both the “fuzz” and “pre-gain” cranked. And if you’re a fan of Earth-shattering, heavy fuzz tones… you’d enjoy this setting too.

Then, of course, you have your EQ stack with three independent tone controls and your volume knob. These are pretty straight forward, but I do want to give a huge shoutout to TONE.ELECTRONIX for including a ‘Mids’ control knob in a fuzz pedal.

The Animalizzer also came shipped in its own beautifully-crafted wooden box with a small burlap bag inside containing the pedal. This detail really shines a light on the quality of work and the pride that TONE.ELECTRONIX puts into each individual pedal they make. 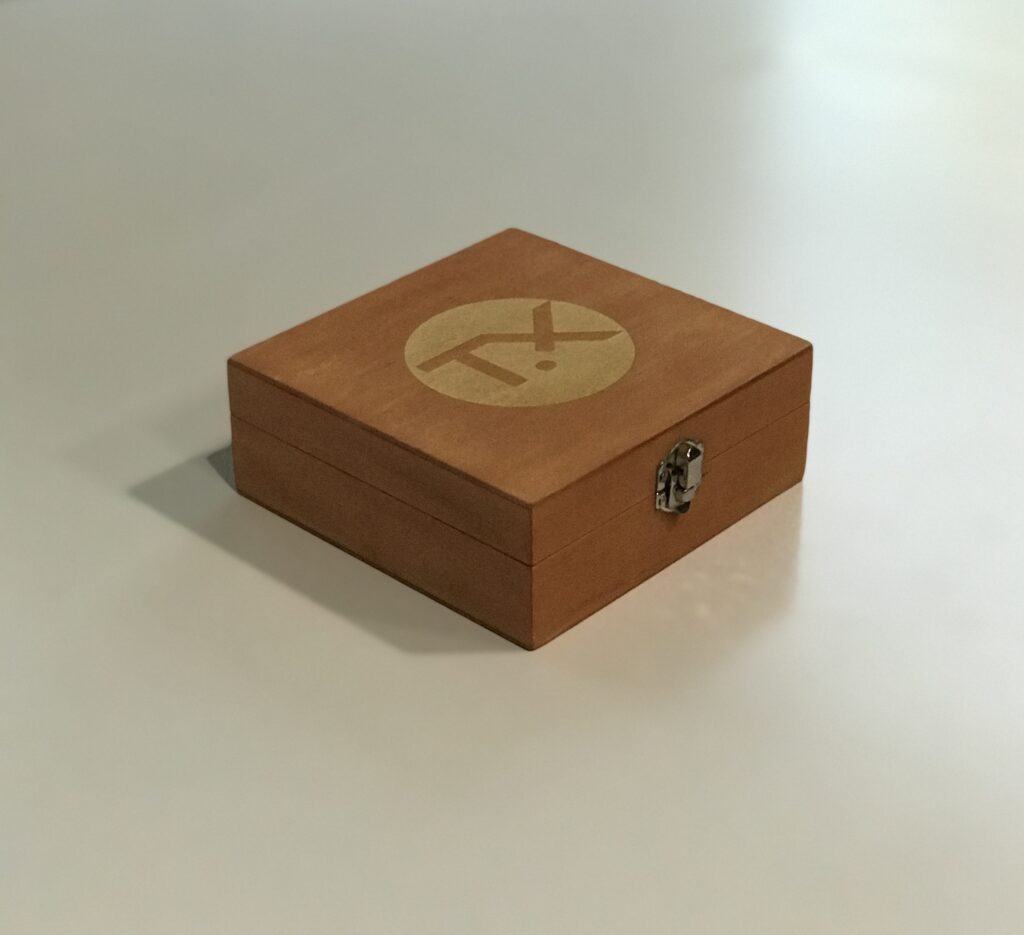 The Animalizzer runs off of a standard 9VDC power supply.

Here is a Demo video of the Animalizzer from Tone.Electronix:

Overall Thoughts on The Animalizzer

If you know anything about me, it is that I love fuzz pedals. And I think that TONE.ELECTRONIX has absolutely nailed it with The Animalizzer. From the moment I plugged it in and turned it on, I had a giant smile on my face. Of all of the fuzz pedals I have played, the Animalizzer seems to be one of the most versatile, flexible, and all-around badass fuzz pedals I’ve had the privilege of using.

Because of its many clipping options, and the unique way the fuzz and pre-gain controls are integrated, you are really able to dial in a tone to fit exactly what you need. And whether that’s a warm fuzz tone, a slightly overdriven sound, or a full-on wall-of-sound, the Animalizer has you covered.

Should you check out the Animalizzer if you’re looking for a new fuzz pedal? Absolutely.

To learn more about or order the Animalizzer, head over to their website. You can also purchase an Animalizzer through Reverb.com here. 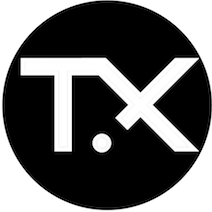