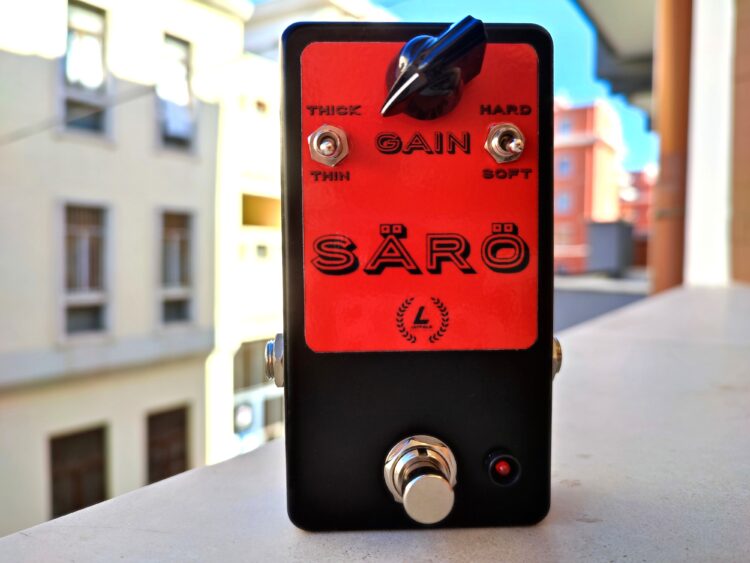 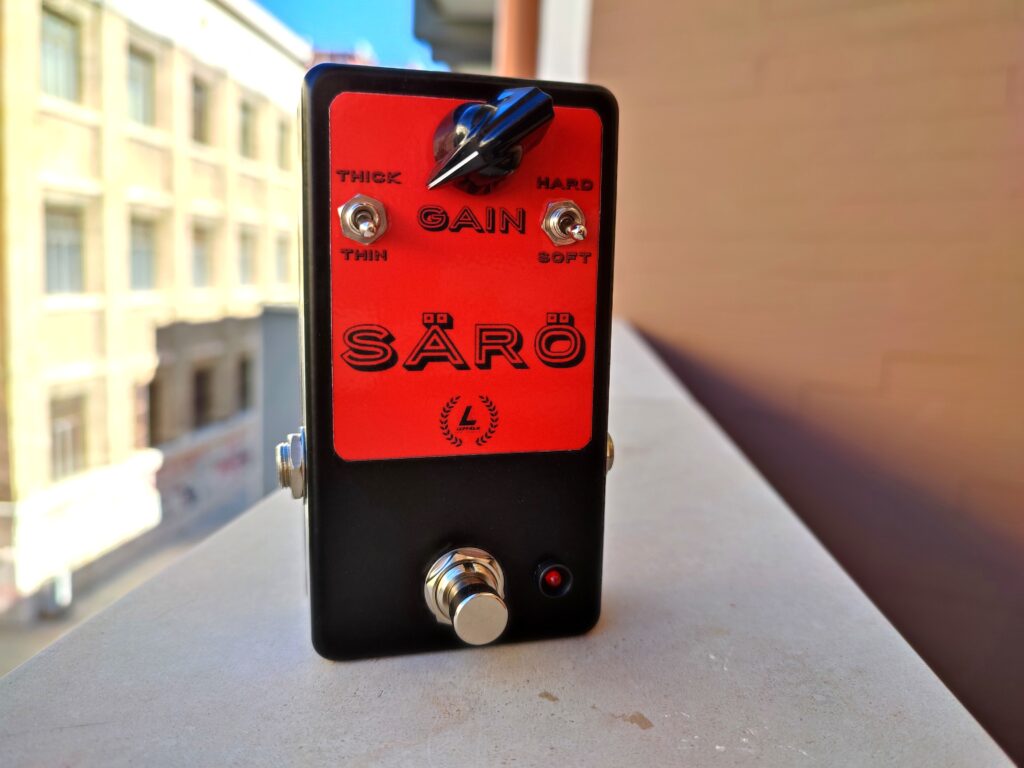 Inspired by the guitar tones of the classic rock world, Leppælæ Electronics started studying the possibilities of a treble booster pedal – since it was used so widely in that realm of music to achieve gnarly, gritty, overdriven guitar sounds.

But SÄRÖ is not your ordinary treble booster – even though its frequency response sits in that area. After spending some time designing the circuit, Leppælæ Electronics found that they could squeeze two classic overdrive sounds – inspired by two iconic classic rock guitar amplifiers – into one pedal.

The two overdrive sounds can be switched between using the “Thin/Thick” switch.

Thin: With the switch in the Thin position, the SÄRÖ produces an overdrive reminiscent of a Marshall Plexi.

Thick: With the switch in the Thick position, the SÄRÖ’s tone is more akin to the sounds from amps like the Marshall JCM800 and Marshall JCM900.

Soft: Softens the sound of the pedal by rounding out its response. Making it sound more germanium-like.

Hard: Adds “More of everything” adding to the overall gnarliness of the pedal.

For more information on the SÄRÖ, head over to the Leppælæ Electronics Instagram page to learn more.