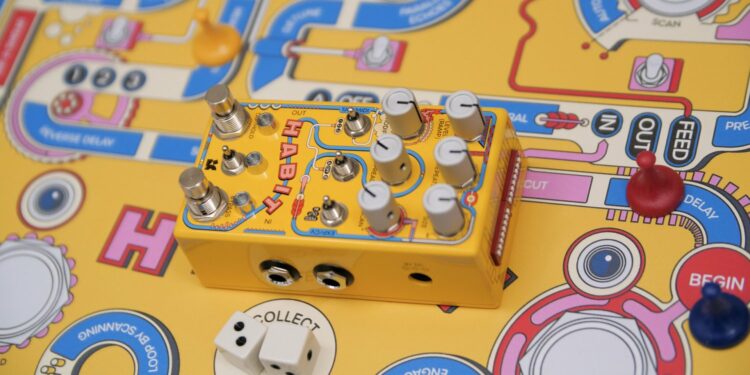 We haven’t seen much from Chase Bliss since the release of their incredible CXM 1978 pedal that they produced with Meris back in 2020. But that doesn’t mean they haven’t been busy working on new ideas behind the scenes. Today, Chase Bliss released their latest pedal offering, the Habit Echo Collector. 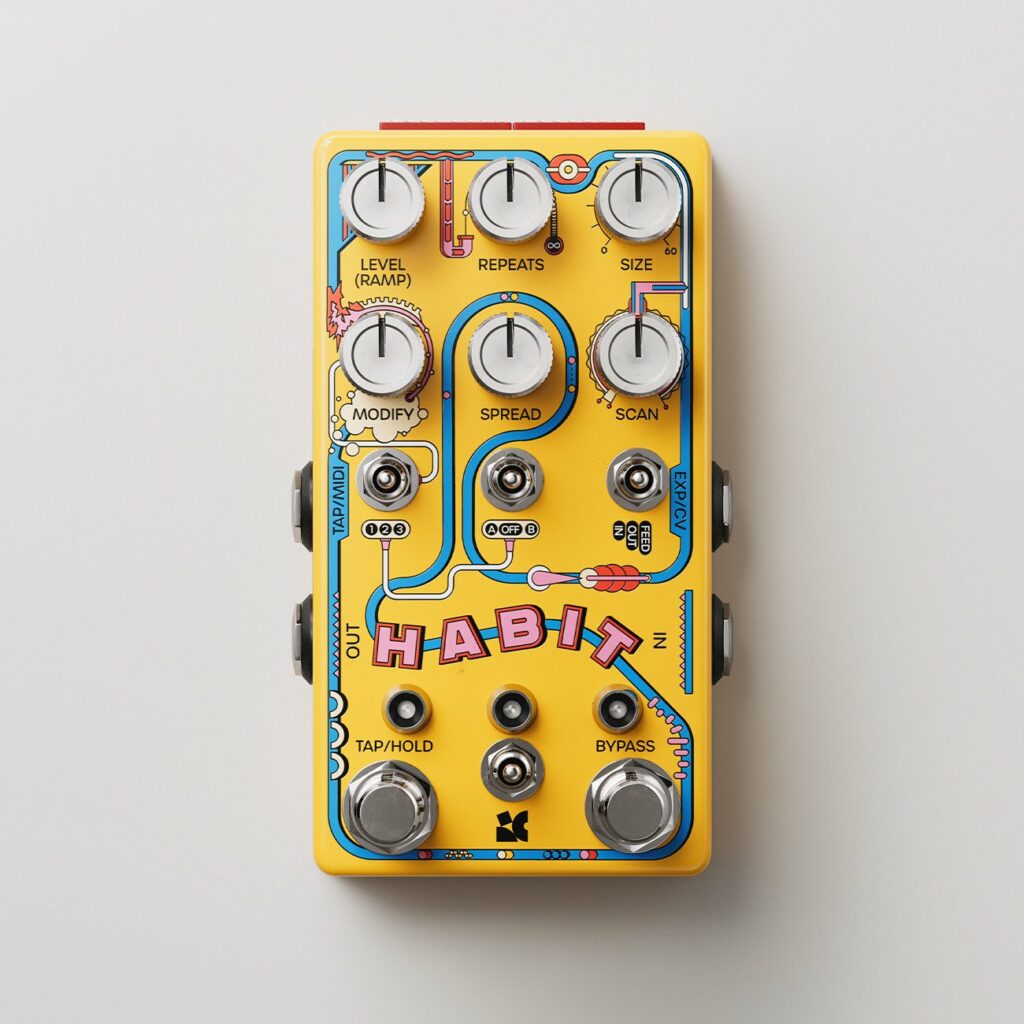 At its heart, Habit is a delay pedal. But in classic Chase Bliss fashion, it is much, much, much more than that. Habit features delay modifiers reminiscent of their iconic Blooper pedal, a secondary play head, and up to 60 seconds of delay time.

WHERE TO BUY THE CHASE BLISS AUDIO HABIT

Outside of being a delay pedal, Habit also has a memory. The pedal records and stores everything that is played into it for later, so you can revisit sounds from the past. This memory allows you to create loops, design intricate echo patterns, and even create harmonies or entire compositions with your past self.

The 6 knobs and 3 toggle switches on the front of Habit can look quite daunting, but Chase Bliss has done a great job in making the controls both easy to understand and highly effective in creating interesting sounds. Here’s a very thorough demo of Habit’s controls that Chase Bliss has created for the pedal:

Habit has a number of external connectivity options too. Including MIDI, CV, and expression pedal control.

For more information on Habit, head over to the Chase Bliss website.

Buy the Habit now on Reverb.com